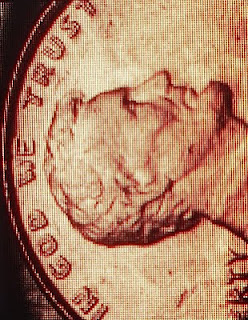 For my friends who care and who would like to know, here's a somewhat short explanation regarding how these operations came to be along with an update on my recovery.

As you may or may not recall, a few years ago I began losing my balance and falling. Contrary to what someone we know may have told you, I did a lot of work in our new house in Orient. My problem after chopping and digging out that Formosa Tree in the back became even more problematic.

But before even that, my problems progressed to the point where my legs would just give out, often walking up or down a flight of steps. It became so bad that in November of 2015, when my wife, Linda, was in Michigan visiting with her daughter, I fell and laid on the floor for almost six hours until I got up enough strength to weather the pain of crawling down two flights of steps to my office where I had left my phone. I called the neighbor and he was able to get to me and dial up an ambulance. I had a cat scan at that time and I followed up with my regular doctor who wanted me to go see a specialist, which I did. This was in 2015.

After many tests, Xrays, and MRI’s, it was decided that I had a serious problem at the base of my spine. At the time we had no idea that there was an even more serious problem at the top of my spine. In March of 2016, the doc had me do an EMG, just to make sure there were no other issues. The EMG showed that there was a lot of cross signaling where, according to him, my body was working to find ways to get signals to the right places in the most unorthodox ways.

We met on a Monday or Tuesday in March, 2016, to discuss the oncoming operation on the lower back when he right away began talking about the upper neck area. He sent me in for another MRI on Wednesday and on Friday we all got back together. He said that there was a serious injury in the upper spine area and that if we did not take care of it, I would be paralyzed from head to foot within 6 months. He had a point, too, because by now I’m not on canes anymore, I’m on a walker and it was getting increasingly difficult for me to control my legs with that device.

I made the decision right there and then to move forward with the neck operation at once. He said, good, to be at the hospital Monday morning at 6:00. They had an operating room already set aside. I think what alarmed me the most was what he wasn’t telling me. It was the urgency in his eyes that told me that this was an issue like no other.

As far as I’m concerned, the operation was a success, and he said the same thing. What they did was remove three disks entirely in the neck. They drilled the vertebrae with two holes on the back sides, wrapped them with a cage, added a metal titanium plate, and screwed it all together. The xray showed three vertebrae hanging in mid air. :- ) He said they also placed a bone graft inside the cage so it would grow a shank of bone. (My last trip in to see him, which was probably in October of 2016, the xrays showed that the shank had almost completed its growth. He was very pleased with this. I’m getting ahead of myself.)

Almost right away after that operation I went from the walker to two canes, then to one. But it wasn’t long until all of this began to slip backwards until I was back on the walker. We got together at the last of June, 2016, to discuss the operation on the lower back.

Things at that point had gone from a 1-inch incision to an 8- or 10-inch--from the simple fusing of three vertebrae to the placement of metal plates and rods. This was not what I wanted to hear because along with it came a possible 2-year recovery with only 70% of my normal mobility to show for it. But the other option was to not get the op and he assured me that in due time I’d be paralyzed from waist to feet because of it.

Waking up on the other side of the op, I actually felt relief from the operation. The nurses showed me where the Morphine button was, but I only had to hit it a few times during my stay there. A nurse came to me shortly after my arrival and she showed me where the button was again, and I told her I knew where it was. She asked me why I wasn’t using it, and I told her the truth, that I felt better after the op than I did before, and that was the truth. I still can say that, even though I do have pain. But this pain is nothing like the other before the op.

It’s been a slow road to recovery after each op, at least to me. After my neck op I noticed that my fingers were a little better on the keyboard, but I was still only able to do 20 wpm and my norm was well over 100 wpm in my prime. One of the self-administered typing tests many years ago clocked me at 145 wmp. I bet I was doing 5 wpm before the first op. Now, I have not clocked it, but it’s pretty good, although control of my right arm is not as good, so it’s hard to hold it up to the keyboard and type, like it is right now. But even then, I can tell that it’s all coming back.

My walking, it’s a matter of 3 steps forward and 2 back, sometimes 3 back, sometimes even 4 back. But the overall direction is good. I can feel the strength coming back to my legs, but I have a feeling that it’s the connection with the muscles that I’m feeling, not more strength.

I have my good days, and I have my really bad ones. Each time I see my surgeon, he tells me how pleased he is with my progress. He told me once that a lot of his clients who have gone through so much trauma to the spinal nerve bundle do not make it off the walker. He said he knew I would because he knows I have will power, and that I do. I also have a lot of friends who have prayed for me a good long time. Thank you, and thank you God! 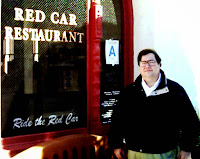 For the serious researcher: ToganX.Info

Copyright©2014/Allan B. Colombo www.alcolombo.us / al_colombo@hotmail.com (Permission is given to republish blog posts providing my contact information and copyright notice are included.)

Posted by Allan B. Colombo at 1:41 AM No comments: 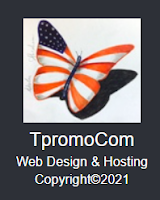 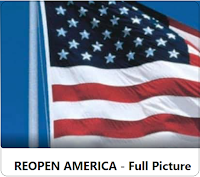